What I Meant by "Don't Write What Bores You"

I'm rounding the corner on a conference paper culled from the chapter that had been fighting me for the past few months, and that I recently put to bed, even though it was by no means ready to go. It had a beginning, middle, and end, so I could walk away. But I wasn't satisfied.

And about a week ago, I realized that the problem was that the chapter as I had constructed it just didn't interest me. The facts were right, but the argument was forced, in general because I couldn't make myself care one little bit about the stuff I was writing about.

I was, in short, writing the chapter for the same reason that I put on pants in the morning: because I thought people would expect it. "Where's your chapter on X?", I imagined them saying. "How could you possibly write a book about Blerg City in this time and place without going in depth into this Very Important Issue?"

Well, yeah. I don't disagree. It's an important part of the larger story I want to tell. But I couldn't make myself care. And as a result, I had 20,000 flat, boring words that had taken me months to put together, and that no one could conceivably enjoy reading.

Once this realization dawned on me, I left my office took a walk around the Hogwarts grounds, which are lovely grounds for strolling. I muttered to myself[1] as I strolled -- "I don't care about that. What I'm really interested in is..." -- until I could finish that sentence.

Now, as heu mihi pointed out in the comments to my previous post, sometimes we do have to write boring-to-us stuff in order to get to the thing that interests us. True enough. But what I'm talking about is entire long stretches of writing -- a chapter, an article, god help us a book -- that we just don't give a damn about. The way I see it, if you don't decide to just trash it and walk away, and you don't want to publish something that just lies there like a dead fish, you have one choice: find the thing within the boring thing that actually interests you, and make that your center.

This is just what I did. I did it on a smaller scale: I have a conference paper in two weeks, so I need about 3500 words (it's a longer paper) on a nice, tight idea. So I'm writing this paper around that interesting idea. And I think -- I hope -- that this may save my chapter. But more on that later.


[1] As I did so, I tried not to worry that passers-by would think I was nuts. Hogwarts, I reasoned, is the kind of place where the first assumption might be to assume I was a mad genius. And anyway, I'll be leaving in a few months, so who cares what they think?

Some Advice for Writers Who Are Bored

If you are not interested in what you are writing, then there is no way in hell that your reader or listener will be interested. DO NOT WRITE WHAT BORES YOU.**


**There are, of course, caveats and addenda and a whole flippin' backstory to this involving me wondering why I spent almost three months on a chapter and was still thinking "so what?!?", but I did just figure it out and now I'm 150 words into my introduction to a conference paper and think I can knock off the whole damn thing (the intro, that is; not the whole paper) and best of all, I may just have something interesting to say. So I'm gonna go say it. But stay tuned...
Posted by Notorious Ph.D. at 11:44 AM 9 comments:

My Book Chatper as Toddler

"yeah! we added words and looked things up and got lost but then got found kinda even though it wasn't where we were going and there was ice cream and coffee and..."

"but... I want another drink of water. and to watch just one more show."

"No. It's bedtime. Don't worry though: tomorrow will be another day and we will watch a show together then. I'm sure of it. Just not tonight. For tonight, we're done."

"You've been up for way longer than I had planned already. Bed."

"but... you might not know this mommy: i didn't brush my teeth yet."

"That's okay, honey. Those baby teeth are going to fall out anyway."

"Because mommy is tired. So that's the end of it. Bed. NOW."

Good night for now, sweet chapter. I know we've got loads more to do together, but mommy needs a break for a bit.
Posted by Notorious Ph.D. at 2:08 PM 5 comments:

Ghosts of Research Trips Past

How times have changed. I think this post is going to be a little invitation to story hour, for those of us old fogies (okay, technically I'm a middle-aged fogy) who have been doing archival research for over a decade. This is a sort of remember-when kind of thing, and I can't promise that comments won't devolve into "those kids don't know how easy they've got it!" But that's not the point. I'm feeling a bit nostalgic (in neither a good nor bad way) for a time not so long ago (1998, I think?), and it started with seeing the following image:

I remember traveling to Blerg City with a stack of these. Which I exchanged for the local currency, which was not yet the Euro.

I remember spending my first three-month research trip making notes for documents I would order copies of... on microfilm.

I remember receiving that microfilm six months later, by mail.

I remember the switchover from the local currency to the Euro, and how prices for everything were marked in two different currencies so locals could start thinking in Euros.

I remember stepping into the street for the first time every trip and smelling that perfume of diesel fuel, hot asphalt, and cigarette smoke, and thinking how I was "home."
Posted by Notorious Ph.D. at 11:43 AM 5 comments:

The Best Advice I Can Give to Women in Academia

Yeah, there's lots of great advice out there about networking and how to navigate sexual harassment and women in academic leadership positions and work-life balance and long-distance marriages and feminist pedagogy and all this. There are special issues faced by women of color, trans women, lesbian women. And probably someday I'll touch on some of these. And if I don't, be assured that there is a cottage industry out there in advice columns (hand over heart for Ms. Mentor, probably our first adviser) and books. And it's all good. But if I had to give just one bit of gendered advice, it boils down to something pretty simple:

Build and treasure friendships -- real friendships -- with other female academics, especially those a few years further down the personal and professional road. [1]

[really large chunk cut out here because I realized in retrospect that I was lecturing, and thus burying the point in excess verbiage]

Of course you should have male friends and non-academic friends (as many of the latter as you can get). But other women in the biz know how the personal and the professional overlap and swallow each other and such in a very special way.
Why write about this today? Because in the past week, I have e-mailed back and forth with Historiann (who I've spend lots of F2F time with), and have spent an hour on the phone with former blogger Squadratomagico (thanks, internets!), and there are the others who don't have online personas so I won't presume to name them (but I hope they know who they are). But after each of these interactions -- ones that are mentorly but also personal and funny and irreverent and snarky and sometimes swear-filled (okay, that's mostly my contribution) -- I remember how profoundly grateful I am to have these wonderful women (among others) in my life, and how we have kept each other sane-ish through some trying professional and personal times.

So, I guess this is really a mash-note to the lifeline that is a circle of lady-friends, a thank you to all you glorious, fun, irreverent, and really intelligent academic women, and a hope for myself that I can be a part of making things better for other women in the way you have for me.

[1] Corollary: be open to being that further-down-the-road friend to others.
Posted by Notorious Ph.D. at 10:24 AM 7 comments:

We destroyed the village in order to save it

So, Higher Ed, inc. has been chugging along towards its preordained appointment with the precipice lately, what with proposals to put faculty salaries out for bid in Florida, and the ongoing nightmare that is the Wisconsin state system's loss of ability to protect tenure. And, of course, there's the fact that both of these thing decrease the power of an already powerless group (contingent faculty) while increasing their numbers. 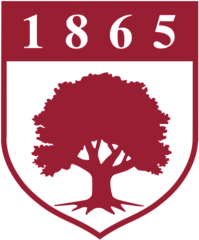 But then there's this bit of fuckery: the new president of Rider University, who took office August 1, just eliminated 12 to 14 (depending on how you count) departments or programs, and is turning three other majors into minors. Sources close to yr correspondent additionally say (no confirmation available) that:
The losses seem small in numbers: 14 full-time faculty, plus five empty positions; if typical percentages prevail, perhaps 20-25 part-time/returning faculty will also have no place to return to. Two staff members will also lose their jobs. I have heard other, even worse specific stories, but they're things that I'm in zero position to confirm, so I won't get into it.

Dell'Omo (Rider's spankin'-new president) has pitched this as a move to save a university on the verge of financial collapse. Certainly, Rider was operating on the financial edge. But the sense was that things were starting to turn around. Of course, "the sense" of faculty is often governed by the presence/absence and/or quality of refreshments at the faculty meeting and other things that are just as likely to be the result of good department-level management as overall health of the institution. So there may indeed have been need for drastic action.[1]

But I've still got two questions:

1. Does a person who has been on campus for less than three months already know enough -- that is, can s/he have played out all other scenarios and exhausted all the other options -- in order to justify cutting over a dozen departments?

2. More to the point: Can a four-year school that has eliminated departments and programs in art and art history, advertising, American studies, business education, French, geosciences, German, marine science, philosophy, piano [at a school that was, after its merger with Westminster Choir College, sort of known for its conservatory-like program in music performance], web design, and Economics (BA; the BS is still there) really claim to have "saved" anything?


[1] Though I suppose that Rider faculty should be grateful that it's not as bad as one headline had it: "Rider University cutting 13 majors, eliminating 14 professors"... giving new and gruesome meaning to "getting the axe," I suppose.
Posted by Notorious Ph.D. at 2:56 PM 5 comments: