Responding to the Reviewers (a bleg)

(note: extremely fiddly technical post follows. Non-academic readers may want to just look at the unrelated photo and move on.) 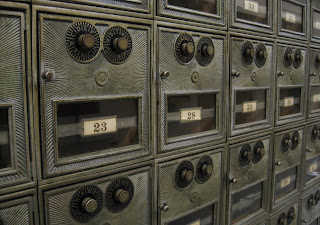 So this week I enter a new stage in the first book process: responding to the readers.

As I've mentioned in earlier posts, I got two very positive reviewers' reports on my book manuscript. Now it's my job to write up a response and a plan for revisions that Fabulous Editor can take to the board -- the last step before an actual contract is issued. In some ways, my job is simple, because both readers recommended publication. But this doesn't mean that they were without criticism. Most of these are easy to handle: there are a couple of dozen simple errors that need to be corrected, a suggestion for changing my subtitle to make it more accurate, and a request that I expand my conclusions, both for the individual chapters and the MS as a whole. All of these are things I can easily agree with.

But there's one issue that I could use some help on: the readers disagree with each other as to the utility of my first chapter, which sets up what I see as the essential context for my argument. One calls it "learned and extremely useful"; the other finds it overburdened with detail and wants to see it restructured to focus on a different issue completely.

If this were just an issue of "reader wants me to have written a completely different book," I'd know how to respond. But it's actually more complex than that. My book attempts to bring together three fields of inquiry -- let's call them group A in region Q with broader phenomenon Z -- to make some new conclusions. The major conclusions of the book as a whole are about the status of group A in region Q, with potentially broader implications about group A in general. But I'm trained in phenomenon Z, which is an area that my audience (people interested in the history of group A or region Q) probably know very little about. So my background section is 80% explaining phenomenon Z: first in general, then in region Q, and then as it relates to group A.

And my reader's objection boils down to something relatively reasonable: "What's all this technical stuff about phenomenon Z? The book is about group A: that's what your background chapter should be about."

I'm ready to admit that people whose primary interest is group A might find my discussion of phenomenon Z overly technical, and maybe even boring (it is a rather dry field). But I think that historians of group A simply haven't paid enough attention to phenomenon Z. This is, in fact, my contribution. It plays to my area of expertise, which is one that few people have. I'm proud of what I've done here, and I'm clinging to that one verdict of "learned and extremely useful" like a life preserver.

Let's add another problem: the plea to restructure chapter one was really this reader's only major criticism, and I don't want to ignore it. Fabulous Editor worked hard to get good people to review this MS, so I can't just write it off.

And a final wrinkle, in the interest of complete honesty: I'm feeling lazy and recalcitrant. I worked hard on this chapter, and I don't want to trash it and start from scratch.

So, if you've read this far, you already deserve my thanks. But to the experienced publishers out there: What would you do?
Posted by Notorious Ph.D. at 12:01 PM 8 comments:

I blame the post-spring break slump, a little. 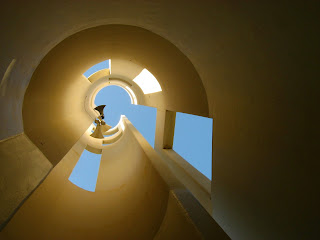 Maybe you know what I mean. When your spring break comes in April, it's hard to get motivated for the rest of the semester. My students feel it. My colleagues feel it. I sure feel it. I should be ramping up for that final push, but I just can't seem to motivate myself, and the days slip away.

It's been a strange couple of months, which hasn't helped. The ups of progress toward tenure and a couple of favorable reviews on the book MS alternate with some setbacks in the non-academic portions of my life (health, relationships, losing a good friend to cancer). Right now, I'm kind of running on fumes, waiting for inspiration.

Until it comes, I'm doing the work from day to day so I don't fall behind. I've also picked up my beloved point-and-shoot camera again, focusing on the world through a viewfinder until my natural focus returns. It's a good thing to get back to. So if you see more photos on the site -- even ones that have little or nothing to do with the post -- that's why.
Posted by Notorious Ph.D. at 9:56 PM 5 comments: 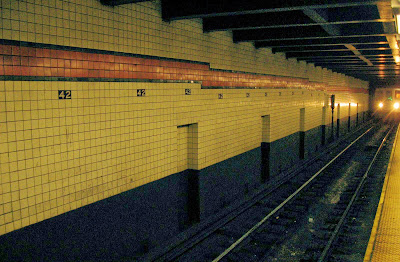 Sometimes, I can't wrap my mind around the sadness and pointless stupidity of it all. A little human dignity, even in the worst of circumstances: can't we manage that?
Posted by Notorious Ph.D. at 3:00 PM 8 comments:

Some news, at last

Remember that book I was working on? You know: the one that was the whole point of starting this blog in the first place?

Well, guess what? Today, I got a (long-delayed) second reader's report. But it was well worth waiting for, as it is admirably thorough. Plus, it practically glows in the dark. No kidding: it includes words like "masterly," "important," and "unique." Best yet, those words are about something that I wrote!

(Can you tell that I'm a little insecure about my scholarly abilities?)

In any case, for those of you following this as you start your own book projects, the next steps are apparently for me to write a brief response/plan for revision, and then for Fabulous Editor (or FabEd for short, I think) to take it to the board. I'm going to take a little while to work on the response, as there is one tricky issue, where the readers disagreed with each other on the fundamental purpose of one of the chapters. I'll address that in a later post, because I think some people might be interested in following along as I try to finesse this while remaining true to my own vision for the book. But let's save this for later, because right now, I just feel like temporarily shelving the insecurities and basking in the glow of my own masterly important uniqueness, thankyouverymuch.
Posted by Notorious Ph.D. at 12:56 PM 17 comments:

I've just purchased my round-trip ticket to my European research destination. In June. With flight departures at human hours of the day. And only one stop each way.

Oh, and did I mention that I also have an apartment booked and paid up for the entire month of June, dead center of the city, a fifteen minute walk from everywhere I need to be, for only 800 Euros? Yep. I pretty much rock.

Photo is an actual picture of an actual beach where I have been swimming, about 1 hr. from research destination. And yes, the water really does look like that.

Back from spring break. Let's see what I did:

It was wonderful to see my friends and my old home, but think I need a vacation from my vacation.
Posted by Notorious Ph.D. at 8:10 AM 4 comments:

Well, sort of. I just sent a professional e-mail to four colleagues (in the field, not in my department), and accidentally sent it from my blog account. ::sigh::

So, if you're one of these four people, can you keep it between us? My book contract and tenure & promotion are not, after all, in the bag quite yet. I'd totally do the same for you. kthxbye.
Posted by Notorious Ph.D. at 2:28 PM 6 comments: