I have a meta-project.

This, of course, is in addition to all the things I'd like to get done over the next semester. But in general, I started out 2012 with the feeling that it's going to be a good year, and I'd like to make sure that I don't get in the way of that happening.

To that end, I've got a number of monthly projects. Or rather, I have the first few months' projects, and am letting the rest appear to me as they do. And the reason that I haven't been blogging is that the first month's project has been:

Clear the Way
In other words, declutter as many parts of my life as I can, get rid of nagging projects, and on and on, so that I can move forward.

This, as you can imagine, is no small feat. I have an astounding capacity to put things off, leave projects until later, procrastinate, accumulate stacks of unopened mail and unanswered e-mail,[1] and then it nags and me from the pit of my stomach, and the only solution is more aggressive procrastination,[2] until I'm lying in bed with my stomach in knots. I can't sleep, much less move forward with my many ambitious goals. Getting rid of the nagging projects and just generally decluttering will give me one less ball to juggle.

So, January was "Clear the Way" month. And it seems that January has stretched into February. Which is disappointing, but not unexpected, given the crowded nature of the semester "break" I had.[3] But today I managed to read another book for a grad student exam, and make more progress on getting my course websites done.[4] And last weekend I took down the mini-blinds and cleaned them, for the first time in I'm-ashamed-to-say-how-long.[5] And I'm organized in terms of the three grad students I'm supervising this semester. And I've got the e-mail inbox down to two dozen items. And finished two letters of recommendation. And other stuff.

In any case, I guess "January" is now "the Long January,"[6] and promises to last until the end of February. But I'm okay with that, so long as it produces the desired result.

Cleaned the mini-blinds, I tell you!!! 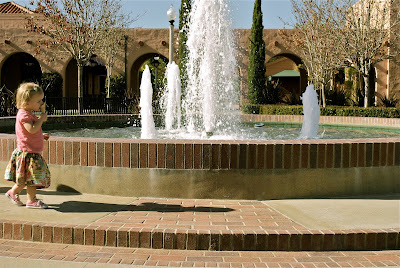 [1] Can you stack e-mail?
[2] No, "aggressive procrastination" is not an oxymoron. As I'm sure some of my readers know.
[3] For those who care: my AHA paper was well received. And I got to hang out with cool people. And Chicago was unseasonably gorgeous.
[4] Yes, I'm aware that we're three weeks into the semester now. Shut up.
[5] Hint: the time should be measured in years, rather than months.
[6] For non-historians: Historians sometimes talk about things like "the long eighteenth century," which just goes to show how hard we will work to maintain arbitrary periodization, even while critiquing it. Don't expect any more consistency from me than you would from the historical profession at large, 'kay?

One of the things I really love about your blog is that it makes me feel like I'm not the only one with imperfect work habits, and that you don't need to be superhuman to be a successful scholar. Honesty takes courage–thanks for that.

As someone who is committed to clearing out one office and moving her work space, and has allotted 6 months total to the project (which will involve scanning lots of old files among other useful tasks) I'm not surprised it took a long January. Given the dates for the AHA, January actually started about a week late!

Don't expect any more consistency from me than you would from the historical profession at large, 'kay?

This is a t-shirt slogan for academic conferences of the future, I tell you. I'll need at least three, in different colours and fonts.

re: #4 -- my websites are mostly done, or at least have progressed to the point they should have at this point, but I'm still revising one assignment, despite the fact that one class has, technically, begun it (it is carefully broken down into stages, and they have the instructions for the first stage, but still. . .).

Congratulations on the way-clearing. I really need to do more of that, more regularly, and/or stop and really pay attention to it alone for a while. In fact, it may be becoming urgent to do so. But still I resist, mostly because I seem to be able to move forward nonetheless.