Today I rode my bike to the dentist's office, which is about 9 miles away. No, that's not the weird thing (though an 18-mile round trip is a bit out of my usual range). I ride my bike everywhere, and for more than the environmental, financial, and health benefits of it: the bike is one of the truly happy-making things in my life. I have, in fact, been known to let out a joyous "Wheeeeee!!!!" while riding, and on more than one occasion. 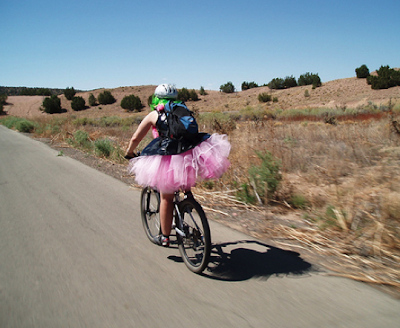 fig. 1: This is not me. But it IS completely awesome.
(image credit here)
Here's the thing I consider weird: On my way out of the office, I stopped by the receptionist's desk to schedule my next appointment, and the fact that I had ridden came up in conversation. How long did that take?, she wondered. 20 minutes or so? No, no, I demurred. I'm nowhere near that fast.** More like 40. But it's a gorgeous day for a ride. Yes, she agreed, and besides that, now when you get home, you can have whatever you want for lunch and not feel guilty about the calories.

Did you see what just happened there?

Now, for the record: I have, at various times throughout my life, chosen to watch closely what I eat. I have been medically overweight in the past, and was even obese as a child (back when that wasn't so common as today). But for years now, I've been quite obviously at a healthy weight, with a pretty average-looking body type. You'd have to have a pretty warped idea of what a woman should look like to think I should be dieting.

And really, that's not even the point, is it? I mean, I could weigh a couple of hundred pounds more than I do right now, and still I think it would be out of line for someone to suggest that "food = guilt" and "exercise = expiation" should be my points of reference.

Yet this isn't the first time this has happened. I know another woman who reacts to my perfectly reasonable food choices with, "but that's so fattening!"

I can't figure out whether these women are trying to do girl-bonding ("We all want to be thinner, right?") or projecting their own issues, or what. I don't detect any malice anywhere (and I'm pretty sensitive to malice). But I'm sort of offended on behalf of women in general that the unquestioning assumption is that any food- or exercise-related decision is based on poor body image, and that pure enjoyment, whether in eating or in moving one's body, isn't even a factor. And I'm always just left there, gaping like a fish, without a response.

I don't know what the point of this post is. Maybe it's a call to do things just because we enjoy them (see fig. 1, above).

**This would be 27 mph or so on average, some of that in traffic, and sustained for a while. With cargo. I'm not that ambitious.

yes, yes, yes!! I get that a lot too if I mention running at all. For me, running and eating are two entirely separate activities, and to the extent I think I should connect them more, it would be to be a healthier eater to make me a better runner. Not, how far can I run to eat what I want. I hate it when people make those connections and it is a pretty depressing message.

I truly believe that most women, possibly most people, have so internalized the food/ exercise/ body image weirdness that this vignette illustrates, that they don't even think about how it sounds when they say it aloud. This illustrates how that woman thinks about food and exercise; she assumes you share the same system. That's all.

Yes, this! I get it a lot with my food choices (less so with exercise, because, er, I don't do much of it). A think person eating [x] is obviously a target for interrogation about her metabolism? I dunno. I think there's a lot of presumed-girl-bonding in action here, though.

Thinking about it, one, I think it's not just women, and two, I don't think it's *that* unhealthy a connection to make. To the first point, I've definitely had the same conversation (and I'm male). To the second, I view food & activity as part of an ongoing equation, where more activity equals more food necessary to run my body. I love high-sugar, high-carbohydrate foods, but I don't have the metabolism I used to, so I try to restrain myself from eating them (or too much of them, anyway) on days I haven't biked/run/gotten the heck off my butt for five darn minutes. What worries me is that she framed it in terms of guilt and freedom from guilt. I think we should all have in the back of our minds that food to some extent relates to activity, but we don't need to let it get pathological.

Also, I'd bet heavily on the "projecting because that's how she'd think about it for herself" angle, mainly because I like to think people aren't docuhebags when given the option.

I agree it's weird. I suspect it's just that she tries to control her own eating, with "treats" as "rewards", and just projected it. But -- as others have noted -- this is a common mindset especially among women. The moral universe of eating is so prevalent in our discourse -- eating is "sin", restraint is "virtue" -- that most people probably would not have noticed this.

Because I love food and have a very slow metabolism, I have to pay attention to what I eat. But I try not to invest it with moral qualities!

I don't have anything to add on the main issue but I just wanted to say that I had to ride about thirteen miles yesterday, six of them pretty much continuously at the best speed I could manage because someone at one end being late for something had made me late for a date at the other. At the time I was too taken up in the delay to remember that was fun, but this post has reminded me, thankyou.

Thanks for this post. I love running, and I love eating. Both are great pleasures in my life, though eating has not always been something I've associated with pleasure. I truly hate it when people assume I run because I "HAVE" to run in order to "make up for" something I have eaten.

I also hate it when people comment on my weight, even in a complimentary way. Right now I am the thinnest I've ever been as an adult, most likely because I'm running a great deal in a very hot climate. But I was at a healthy weight 10 or even 15 pounds ago, and I get annoyed when people who barely know me praise me for losing weight or for being "so thin." I was perfectly fine before I lost weight, and I'll be perfectly fine when I gain it back, as I probably will when it's not 100+ degrees every single bloody day! For all they know, I could be losing weight because of physical illness or depression or some other reason.

Not-so-healthy update on the ride: I remembered to put sunscreen everywhere but the area where my top rode up above my waistband for the entire ride. The small of my back now features a wide "smile" in bright red on my pale-as-milk skin.

Drives me crazy, and when my lady friends drop into food-as-reward/punishment talk I call them on it. If I don't know a woman and she does that with me, I just act like I have no effing clue what she's talking about. "Why would I feel guilty?"