Victory Over My Own Brain

Back in late summer/early fall, I was noting that I was getting some words down, but I couldn't indulge in a sense of triumph, I thought, because those words were only Shitty First Draft words -- "verbal vomit," as someone I know is wont to call them. As a consolation prize, I told myself that those would form the basis for papers, and papers would be chapters, and chapters might be a book. Not sure if I believed it, but I did keep telling myself that, just to keep encouraging myself toward forward motion. 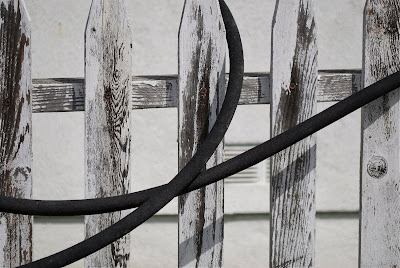 looping back: sometimes it pays off.
Guess what? Turns out that I was right. About the first couple parts, at least. All that shitty first draft stuff? Yep, it's getting dumped into the draft of my upcoming presentation, hundreds of already-written primary source-based work (and analysis) at a time, at which point my job becomes only to cut, shape, and polish. Ha! Take that, Girl Scholar's Anxiety-Ridden Brain! Look on my word counter, and despair!

That's totally fucken awesome that you have a big chunk of usable test. However, I am going to quibble with this:

All forward motion is inherently good.

One of the most important skills I try--and sometimes struggle--to inculcate in my trainees is that all forward motion is *not* necessarily good. If you are making forward motion towards a conceptual or experimental dead end--or even a cliff--then that is not good.

One of the most important skills of a productive scholar is to recognize when one is moving forward fruitlessly or even counterproductively, and when it is necessary to stop moving forward and change direction.

The reason this is so difficult is twofold:

(1) because moving forward feels better than stopping or moving backwards, and

(2) because of the fallacy of sunk costs.

Ah, Comrade, but this may be a difference between research in our fields: even dead-ends for one project can yield a start on the next one. I once spent a month in a single archive looking for stuff for my dissertation research. About two weeks into it, I realized I had a big fat nothing... except that I was finding lots and lots of stuff about something else entirely. And I got a kick-ass article out of that.

We use every part of the buffalo.

This post is so encouraging to me, and it motivates me to continue with my shitty first drafts. All parts of the buffalo, indeed.

If you fall into a wood-chipper, is that particular forward motion still good? Joking aside, I'm glad you have something tangible to show your progress. Keep it up!

This advice couldn't have come at a better time for me! This past week, I've come to the realization that I need to think less and write more - it helps to keep the momentum for my dissertation. I know that this draft is going to need a lot of revising. But if I dwell on the imperfections now, I'll never get anywhere. Thanks for my new motto: All forward motion is inherently good.

Writing is a way to think too!